This short film features the stories of five Turkish men and women who fled their homeland and now call Nashville home:  Between Two Worlds: Voices of Turkish Dissidents

Turkey has held a special place in my heart since I travelled there as a guest on a Culture and Dialogue Turkey Trip in May 2015. Since then, freedom of speech and press have heavily deteriorated. The human rights violations under President Erdogan are staggering, and behind each number is someone’s personal story. Please consider contacting your federal representatives and ask them to call on Erdogan to change his course. Info below. 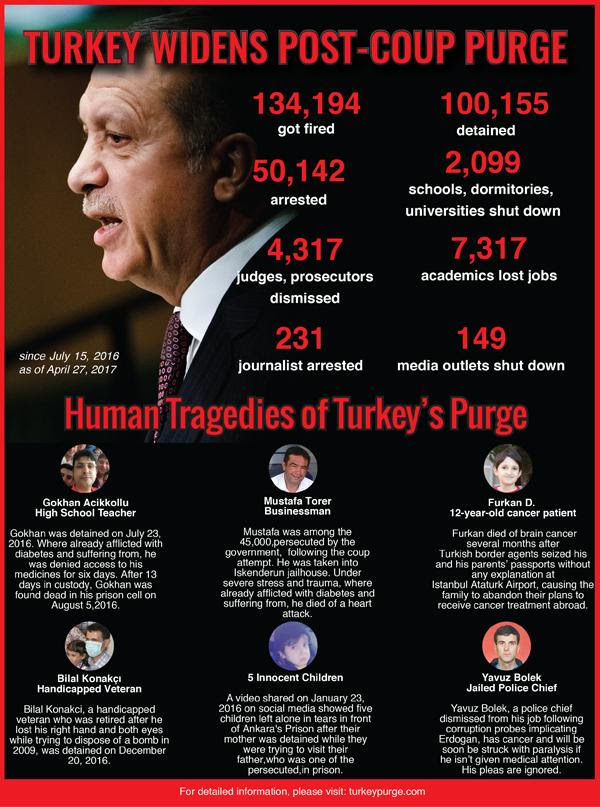 On July 15, 2016, the Turkish people suffered a horrific coup attempt. Since then, human rights violations in Turkey have reached an unprecedented and dangerous high.

More than 115,000 government employees have been fired or dismissed, including prosecutors, judges, teachers and doctors, with no right to appeal. More than 40,000 have been detained or arrested while, hundreds of media outlets and newspapers have been taken over, shut down or threatened by the government. According to the watchdog group the Committee to Protect Journalists, Turkey is the world’s leading jailer of journalists and the country’s independent media has been decimated. Opposition civic society groups such as Alevis, pro-Western liberals and Hizmet participants, as well as ethnic Kurds, are under constant pressure and assault. Selahattin Demirtas, the chairman of Turkey’s third largest political party HDP, has been imprisoned along with other pro-Kurdish parliamentarians.

Meanwhile, Turkey’s longstanding role as an ally of the West and a force against terrorism has been severely eroded. Though Turkey has, in recent history, been a stable force in an extremely volatile region – helping provide strategic assets in the fight against terrorism – domestic and foreign policy trends under President Recep Tayyip Erdogan have undermined Turkey’s strategic role, posing enormous challenges for the US and its allies.

If the Turkish government’s shift toward authoritarianism continues, the US will find itself without a reliable political, economic and security partner in the region. The country’s state of emergency – which has been in effect since July 2016 – enables President Erdogan’s authoritarian behavior and only worsens this disturbing trend.

You can help by calling or sending an email to Members of Congress representing and asking them to call on President Erdogan and the Turkish government to change course, call off the state of emergency and abide by its commitments to human rights, democracy and fundamental freedoms.

Residencies for Schools and Refugee and Immigrant and Students Empowered