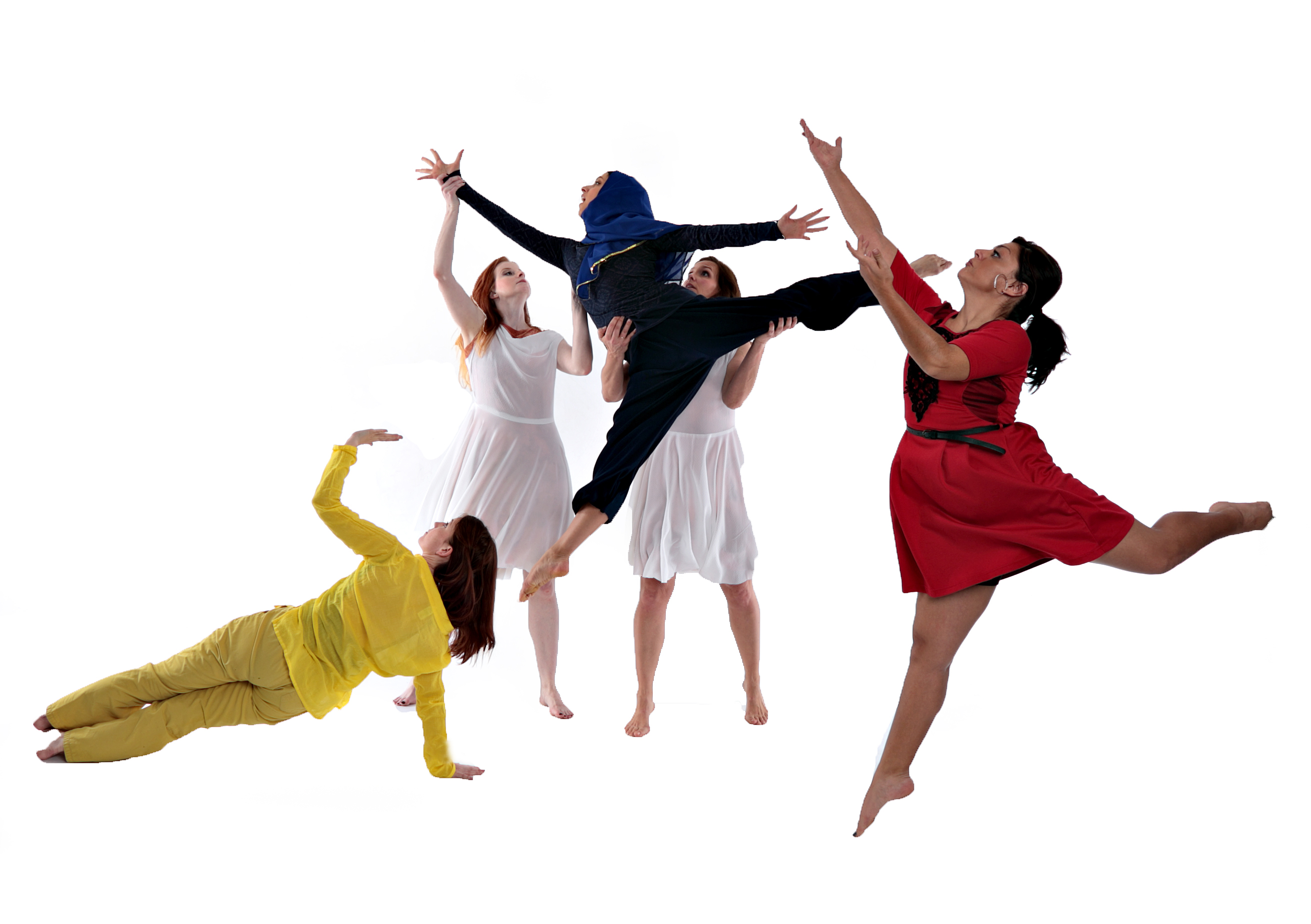 “Yearning to Breathe Free” features the voices of Julie from Colombia, Elizabeth from Burma, and Kasar from Kurdistan, who now call Nashville home.

“Yearning to Breathe Free” premiered at Blue Moves’ “Blue O2” show as part of Nashville’s SIDESHOW Fringe Festival in August, 2013. It was part of the Picnic in the Park Series Thursday, October 24th, along with excerpts of “Voices of Nashville”, Tennessee Women’s Theater Project’s new play sharing the stories of immigrants in our community. Thanks to Metro Arts Commission and ArtOber for making this performance possible. This piece was also part of  Global Education Center‘s Global Bash in February and on the Vanderbilt Dance Program’s Spring Concert in April 2014.

“I took the time to go see this dance and it was amazingly beautiful…. tears came to my eyes as I was challenged to see and hear of experiences that have never been a part of my reality…. such a worthy endeavor.” — Kathy Plourde 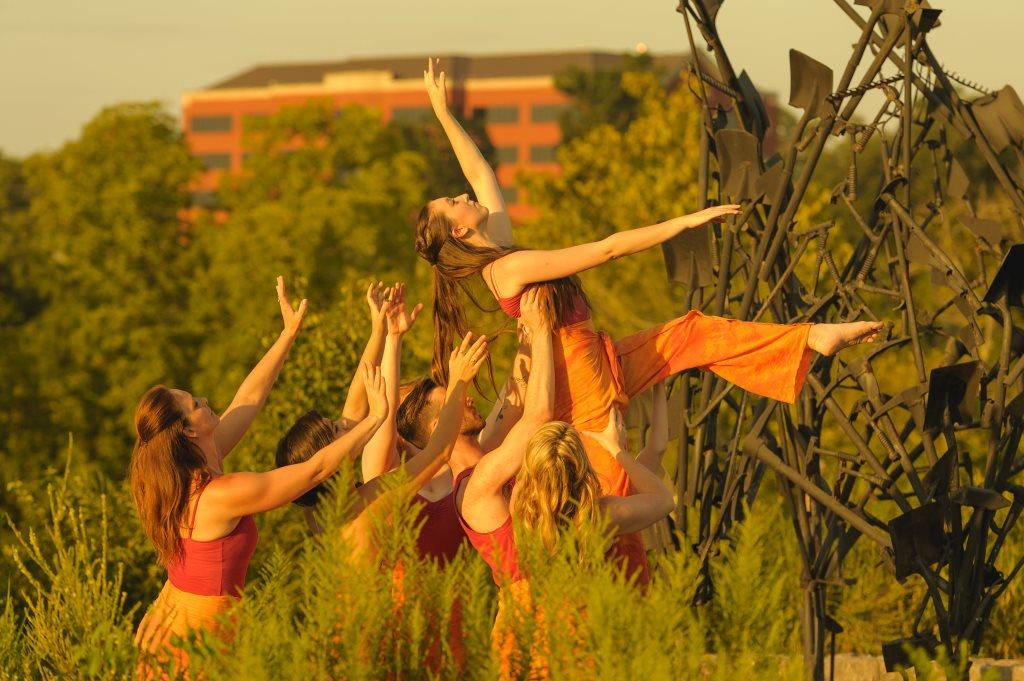 “Divine Sparks” premiered October 25, 2014 as part of Blue Moves’ “Burning Blue” at Cumberland Park, Nashville. It was also performed for an integrated audience of general public and the homeless at Room in the Inn, in conjunction with Poverty & the Arts, February 2015.

Featuring the words of Lindsey Krinks of Open Table Nashville, Tamara Ambar of Nashville Conflict Resolution Center, Ngawang Losel of One Human Race 4 Justice and Sara Sharpe of Festive Evolution, this dance recognizes the fire of activism and the divine spark that exists within us all to work towards making our communities and our world a more just and better place.

“Deeply satisfying art meditation on the ‘divine spark’ in us all, shared among us, individual to us. Beautiful choreography and execution. I wish everyone I know could have been there – talk about enLIGHTenment!!!!” – Carol Ponder (this was in response to both “Divine Sparks” and also the entire show, “Burning Blue”)

Here are a couple of my older favorite social justice choreographic works. 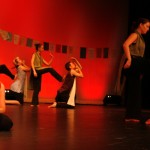 “I speak not with a feeling of anger or hatred towards those who are responsible for the immense suffering of our people and the destruction of our land, homes and culture. They too are human beings who struggle to find happiness and deserve our compassion. I speak to inform you of the sad situation in my country today and of the aspirations of my people, because in our struggle for freedom, truth is the only weapon we possess.”        — His Holiness the Dalai Lama

Apart from including a few representations of customs and movements such as prostrations, I made no attempt to present this as authentic Tibetan dance or movement. Conversely, it is a response to the struggle and enduring spirit of Tibetans from a very Western viewpoint which uses modern dance – a form born in America – as the language through which to communicate, as well as narration by a Tibetan exile and an American narrator. I think this is reflective of His Holiness the Dalai Lama’s beliefs that, while we should honor the different beliefs and practices of other cultures, nationality is not really important. What is important is that we recognize we are all human beings and we need to treat each other with dignity and compassion.

Tibetans have endured such oppression, loss – some groups have called it genocide — at the hands of the Chinese government, and yet they remain peaceful in their struggle and their spirit is so resilient. Many former Tibetan political prisoners who endured torture for years will say they have compassion for their torturers.

The arts have the power to tap into our humanity and help us learn to care more deeply and to be more fully present in the world and in our daily lives. When you can create something that is beautiful that also helps people connect on a more intimate level to other human beings and perhaps even delve into their own identity, you are making art rather than entertainment. 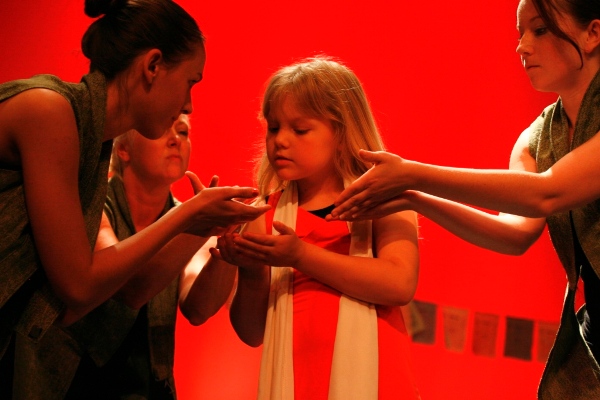 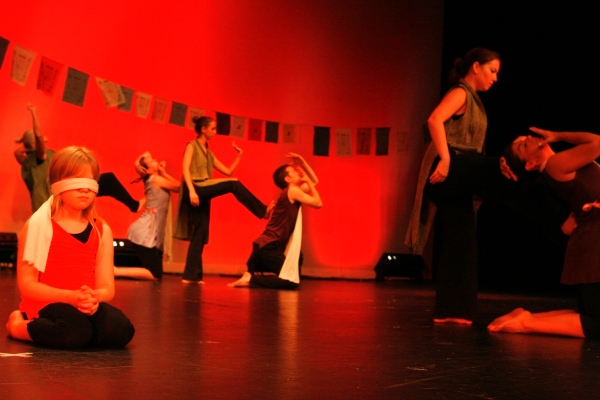 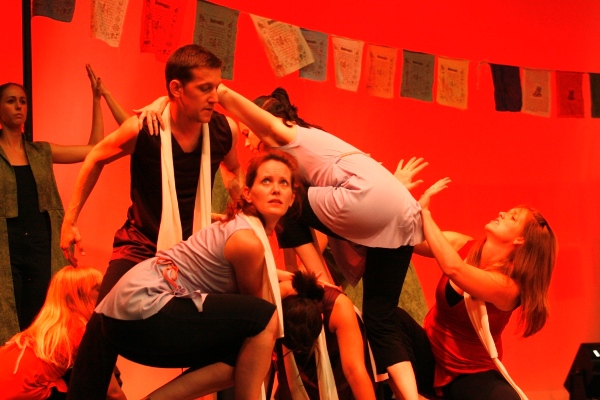 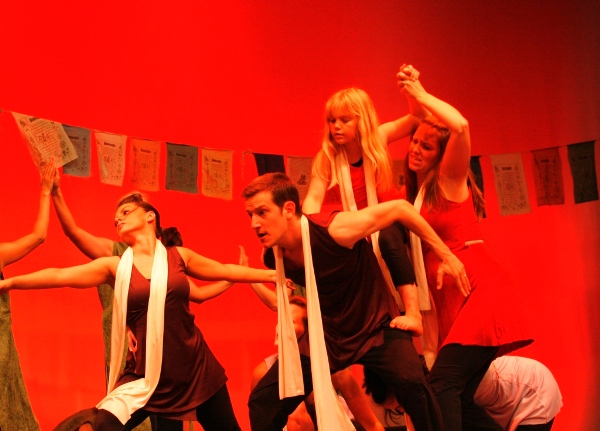 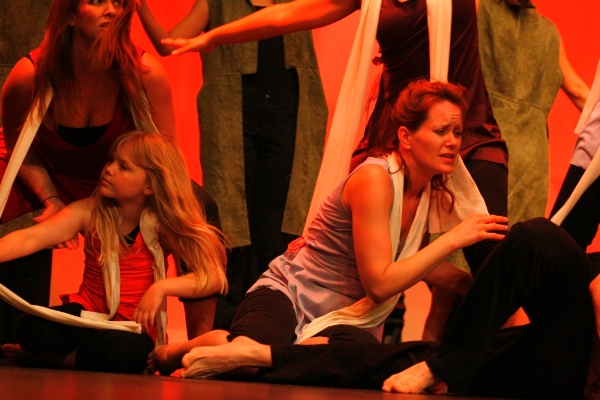 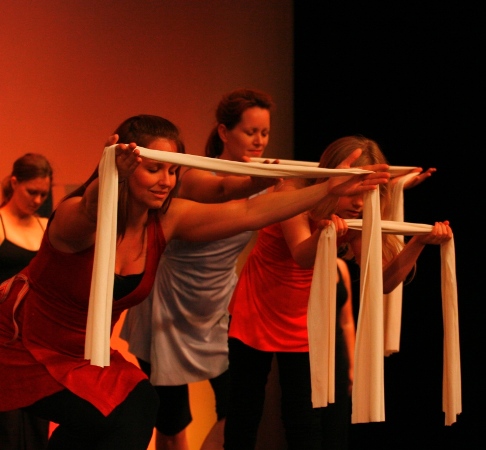 Music: Dead Can Dance and Hans Zimmer – from the soundtrack to “Beyond Rangoon”

Inspired by the efforts of Nobel Peace Laureate Auug San Suu Kyi, pro-Democracy leader in Burma whose party overwhelmingly won the 1990 election but were never allowed to come to power. Auug San Suu Kyi was held under house arrest for nearly two decades. Burma’s military government currently holds and estimated 1700 political prisoners, many of whom are brutally tortured for their support of democracy.

This dance opens with a reading from John Steinbeck’s “The Grapes of Wrath,”

“This you may say of man – when theories change and clash, when schools, philosophies, when narrow dark alleys of thought — national, religious, economic — grow and disintegrate, man reaches, stumbles forward, painfully, mistakenly sometimes. Having stepped forward, he may slip back, but only half a step, never the full step back. This you may say and know it and know it. This you may know when the bombs plummet out the black planes on the market place, when prisoners are stuck like pigs, when the crushed bodies drain filthily in the dust. You may know it in this way. If the step were not being taken, if the stumbling-forward ache were not alive, the bombs would not fall, the throats would not be cut. Fear the time when the bombs stop falling while the bombers still live – for every bomb is proof that the spirit has not died. And fear the time when the strikes stop while the great owners live – for every little beaten strike is proof that the step is being taken. And this you can know – fear the time when manself will not suffer and die for a concept, for this one quality is the foundation of manself, and this one quality is man, distinctive in the universe.”

Throughout the dance, each dancer holds, dances with or at times wears a large square of flesh-colored fabric, which represents oppression and fear. At times the fabric is used to cover the dancers completely, or partially obscure their facial features and body while letting the audience see the outline of a face or hand. The fabric is also used as a tool to capture dancers and pull them back when they are resisting. At the conclusion, the dancers individually emerge from a large, sheer piece of fabric which has covered all of them, and individually and triumphantly cast off their own fabric in a symbolic gesture of freeing themselves of oppression and fear.